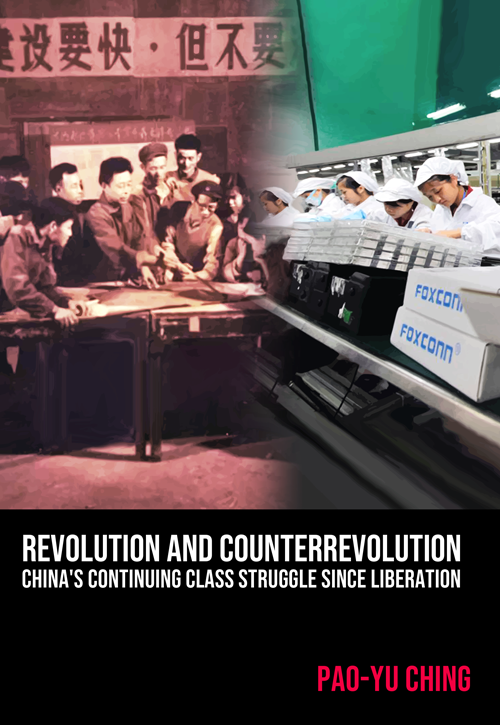 Revolution and Counterrevolution is a collection of essays written over a period of two decades. In this book, Pao-yu Ching examines the class struggle between the revolutionary and counterrevolutionary forces in China that has been waged continuously since its liberation.

The class struggle in China—through the socialist construction, mass movements culminating in the Cultural Revolution, and finally the capitalist Reform—has been sharp and has touched every aspect of Chinese society.

Ching describes and analyzes how, in the decades following the Reform, the struggle waged by workers, peasants, and progressive intellectuals against the exploitation and oppression perpetrated by capitalists inside and outside of the Party has intensified and explains the importance of this ongoing struggle.

Pao-yu Ching is a Chinese-American Marxist-Leninist-Maoist economist. Her works focuses on the socialist transition in Modern China, regarding its economics but also the changes in society, culture and women’s rights.